Finding a spider in your home can be a nightmare for many of us. On average, around 3.5 to 6.1 percent of the global population actually suffers from arachnophobia, which makes it one of the most common phobias in the world. And for very good reason. So, is there any natural way to keep them away? Plants, for example, that repel spiders, perhaps?

They are creepy crawly critters with a nasty bite, who can hide just about anywhere, can jump on you, and like to crawl into our mouths when we’re sleeping (oh no!). They creep out most people on at least some level, and it’s easy to see why.

At the same time,  we are, of course, grateful for the pests that they keep under control (like mosquitos). But finding one in your coffee mug or, heaven forbid, under your pillow, is never fun, and we’d like to avoid that scare.

Thankfully, you don’t have to keep a bottle of pesticide to keep yourself safe from spiders. Some plants are excellent at keeping out that creepy crawlies. Spiders have some aversion to certain sharp-smelling plants, and keeping a few of them in your home just might deter a spider from slipping in under the door.

Why you should not kill spiders

Before we tell you how to keep them out, it is best to remember why you shouldn’t just whack a spider with your shoe. Spiders are excellent at keeping pests at bay, this includes cockroaches, moths, and the dreaded mosquitoes. Although they are venomous, spiders are never out to get you. They are exceptionally shy and prefer to stay away rather than get near humans. After all, we are essentially like titans to them.

When you see a spider, just remove it and put it outside. Some spiders prefer the indoors, so if you have a garage or a shed, perhaps drop it in there and just keep an eye out when you need to go in there. Or if you’re too terrified to touch it, try asking a friend next door to come and deal with the poor thing. Just keep an eye on it, lest it crawls under the bed or into a cupboard where you can’t find it again.

Other options to control spiders include:

Overall, just remember that they are part of nature and do wonders in keeping your house clean of other growing pests.

You’ll notice going through the list that most of these plants have sharp-smelling scents, and that is because spiders can actually smell. They smell through tiny pores in their legs. So, for a spider, stepping on something that smells bad is most likely the equivalent of a human falling nose-first into a pile of manure. Just keep bringing in the sharp smells, and your spiders will be fleeing your home in no time. 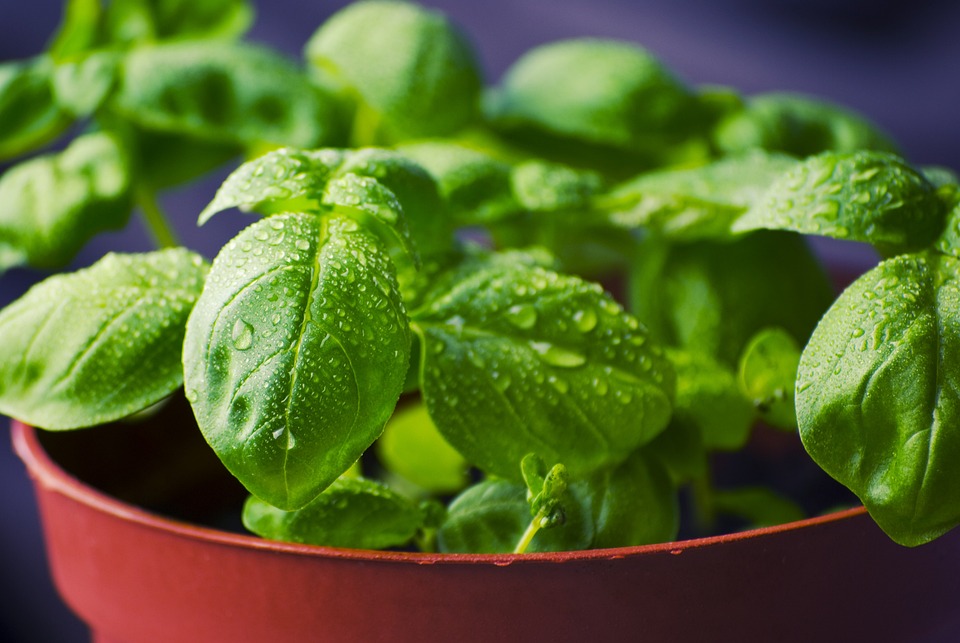 We’re going to be seeing a lot of herbs on this list. That is because herbs, overall, usually have a rather strong scent. Basil is an easy to keep herb that needs a lot of water and good sunlight. It’s also a very versatile herb for the kitchen and can be kept inside or outside, depending on where you want to repel the spiders.

Everyone recognizes the smell of lavender. It’s been used as a means of keeping stress at bay and today can even be purchased as oil for daily use to bring down the stress levels. However, as lovely as the smell of lavender is, spiders really can’t stand it – some gardeners even claim that using only the oil will be just as effective at keeping spiders out. Lavender is a bit more difficult to keep. It prefers a lot of fresh air and sunlight and will need to be trimmed from time to time. 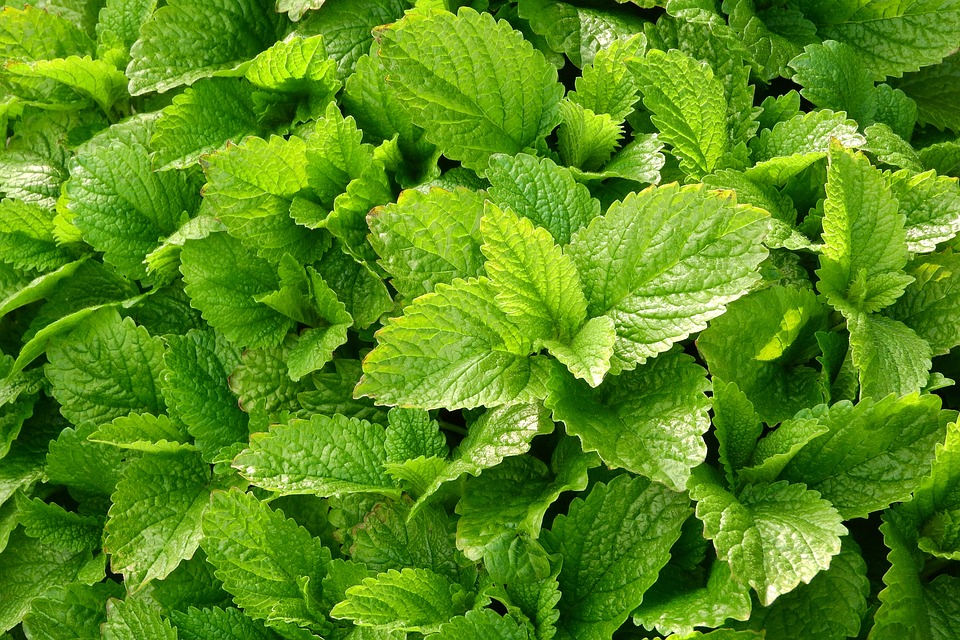 Lemon balm, like lemongrass, is often used to keep an array of insects and pests at bay. The citrusy smell of the lemon is not very appealing to a lot of insects, including mosquitos and of course, spiders. They can also be a pest in the garden, so rather keep them in containers to prevent them from spreading too quickly. But they are very easy to keep overall.

Another herb often used in cooking; mint has a strong aroma that repels most spiders. Although considered a bit of a pest in the garden as it can spread quickly, mint can be effective in the home when used in a potted plant for example. Furthermore, sprinkling dried mint leaves at the windows might also keep the spiders out. 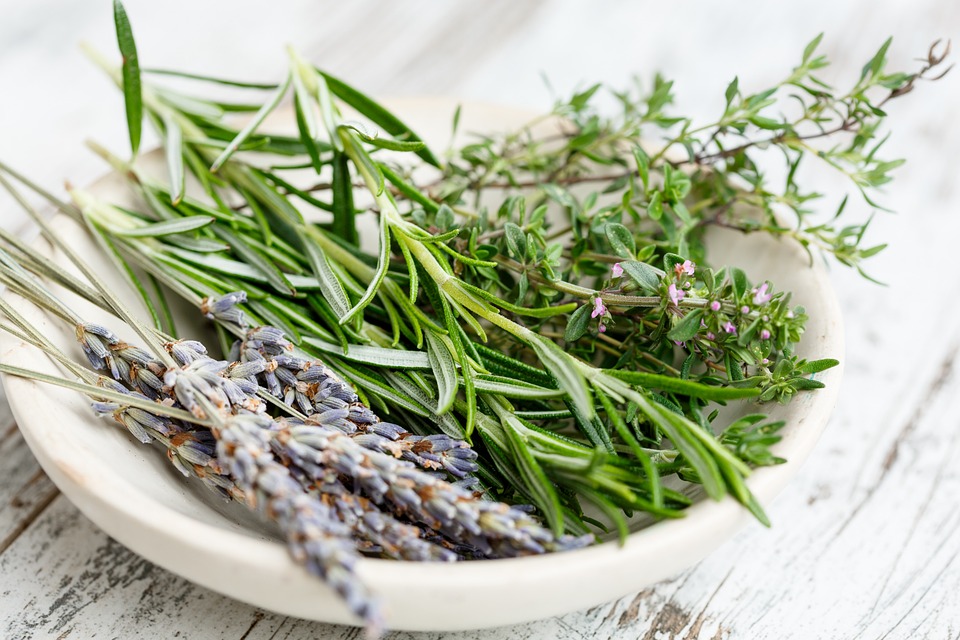 Much like mint, rosemary is very easy to keep indoors and, once again, an excellent addition to the cooking pot. Spiders hate the smell of rosemary, so keeping some in the windowsill or close to the door is not a bad idea. 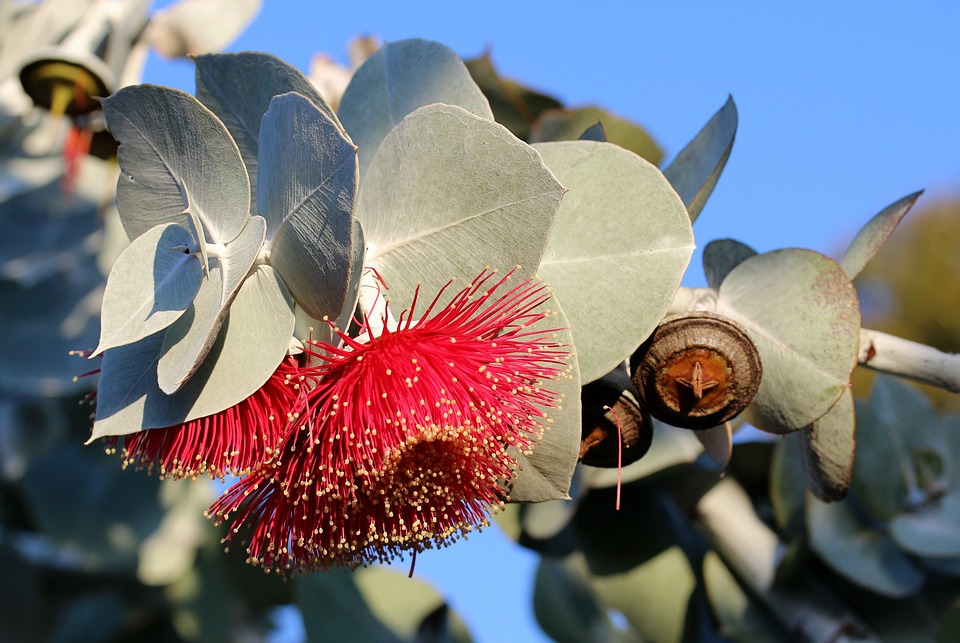 The Eucalyptus has a strong-smelling odor which is quite effective against a wide range of insects and pests. They can be tricky to keep indoors, requiring good rainfall and very fertile soil. To keep it indoors you’ll have to water frequently and give it some liquid fertilizer to keep it happy. They do come in a dwarf variety, so pick the species you like and put it in a nice well-draining pot and you’re good to go. Just be sure that you don’t mind the smell of Eucalyptus, not everyone likes its natural aroma.

If you love oranges or enjoy a sprig of lemon with that gin, an excellent addition to your garden could be a lemon or orange tree. The citrus smell, as discussed before, is not a favorite for spiders and they will quickly scamper when they get a whiff of it. They are a little trick to plant and can be a chore to keep alive, but the fruits of that labor are well worth the effort. Orange juice for summer anyone?

Some gardeners do claim that leaving lemon or orange skins around the windowsill will also hamper spiders in their jaunts. Perhaps you can give that a shot before going off to buy a new tree. 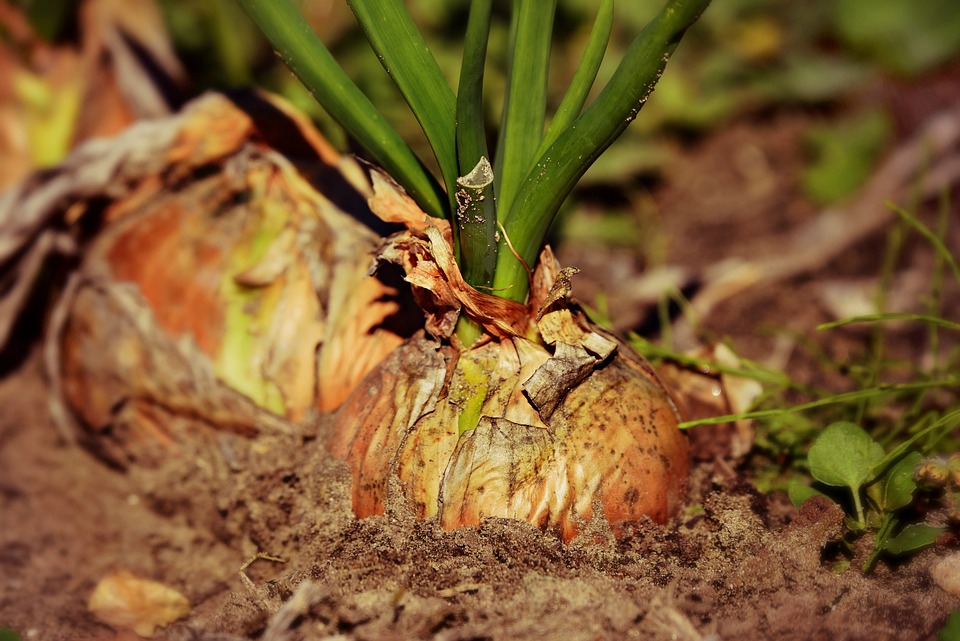 Much like other herbs, onions have a strong smell that detracts a lot of different animals, including snakes. The best part is, of course, you can use onion in a wide range of dishes and salads. When you harvest an onion, you will have to plant new ones and it will take a short while before new sprouts are popping up. The onion can also deter spider mites, a well-known bane to any gardener. 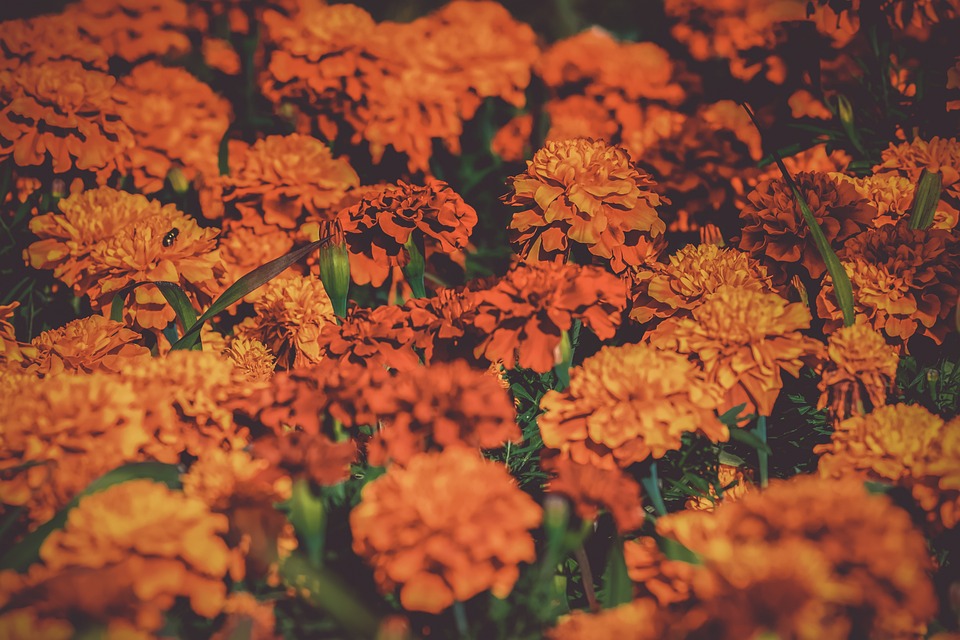 Good old marigold. It’s pretty, hardy and you can smell it a mile off. Like onions, Marigold is quite effective in keeping away quite a few pests and problems, including mosquitos, snakes, and our not-so-friendly neighborhood spiders. As stated, they are hardy and can survive just about anything, indoors or outdoors. Just keep them watered, in good soil and a good pot, and your marigolds will live a happy life keeping those spiders out.

However, much like the Eucalyptus, the smell might be a little overbearing, so be sure that you’re happy with that aroma before bringing that pretty marigold into your home. 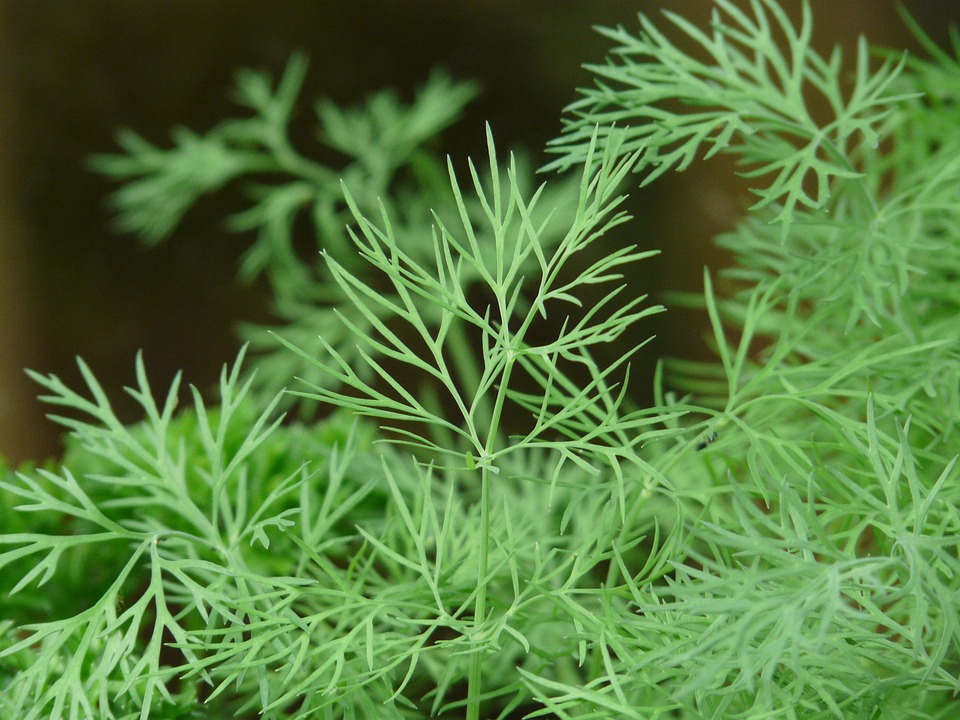 Although the dill might be a little dull in the aromatic department for us humans, it is actually quite effective when keeping out crawly-critters. Part of the celery family, it can be used in salads and cooking and is easily kept in a well-watered pot.

With all of these herbs being used, it might not be a bad idea to start a herb garden in the home. That way, you have some delicious herbs for the cooking pot and you’re keeping spiders at bay with some practical plants.

Spiders are not always welcome in our homes, especially for those who have a bit of a phobia for them – as many people do. Thankfully there are plants in the world that easily repel ants or spiders without having to kill them. Keeping spiders out shouldn’t be a hassle once you’ve picked up enough of these plants and spray some areas in the house down with vinegar. In no time, all the spiders will be staying well away from your home.

Now once all the spiders are gone, you’re just going to have to find a way to sort out the new mosquito problem.